We use cookies to provide you with a better experience. By using this website, you accept our use of cookies.Agree & Close
Tribal Login

A History of Resilience and Perseverance

The Sovereign Nation of the Coushatta Tribe of Louisiana is a federally recognized Native American Tribe with approximately 960 members. 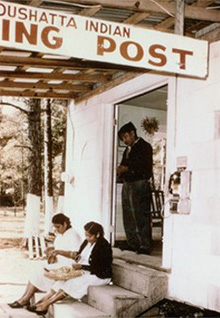 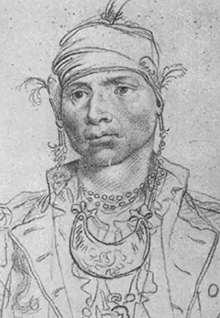 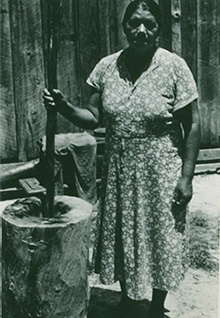 After the Spanish explorer Hernando DeSoto encountered a Coushatta community on a Tennessee River island in 1540, the Coushattas relocated, beginning a long series of moves aimed at avoiding European encroachment.

By the 1700s, the Coushattas had resettled near the convergence of the Coosa and Tallapoosa Rivers in Alabama and had become part of the powerful Creek Confederacy. 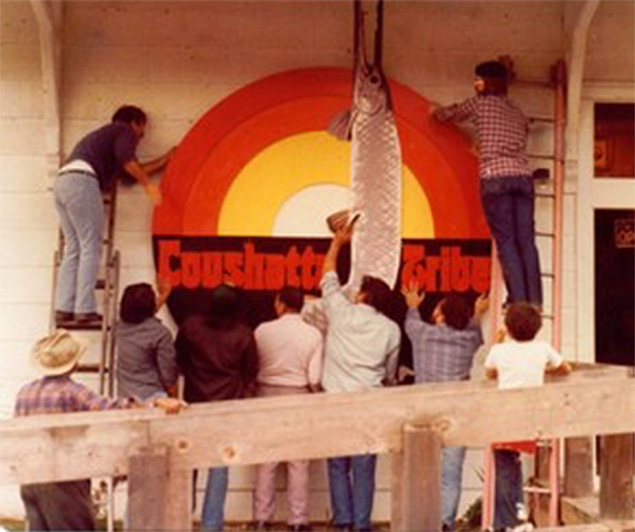 Despite this association, the Coushatta maintained their own culture and language and, throughout the eighteenth century, tribal leaders played an increasingly important role in Creek politics.

In 1797, the influential Coushatta chief Stilapihkachatta, or “Red Shoes,” led a group of 400 followers to Spanish Louisiana and, in the spring of 1804, another group of 450 Coushattas joined them in the territory. Over the next several decades, the Coushattas moved their villages from place to place, crossing the Red, Sabine, and Trinity rivers, in an effort to remain in neutral areas between French, Spanish, American, and Mexican territories.

In the 1880s, a group of approximately 300 Coushattas settled at Bayou Blue north of Elton, Louisiana, where they would remain. As the twentieth century dawned, Coushatta leaders turned their attention to ensuring the well-being of their people and they began to engage the United States government in this effort. Years of lobbying paid off in 1935, as the federal government extended tuition funding to Coushatta children and, in 1945, offered community members contract medical care. Then, in 1953, the relationship between the Coushatta and the federal government soured, when, despite earlier treaties with the tribe, the Bureau of Indian Affairs terminated all services to the community without congressional approval or community consent.

Efforts to regain federal recognition began in 1965, as community members organized Coushatta Indians of Allen Parish, Inc. and established a local trading post to sell Coushatta pine needle baskets. In 1970, Coushatta leaders began petitioning the Indian Health Service to again provide medical care for tribe members. These efforts were successful in 1972, which was the same year the Louisiana Legislature granted the Coushattas official recognition. Finally, in June of 1973, the Coushatta Tribe of Louisiana once again received federal recognition from the Secretary of Interior.

After regaining federal recognition, the Coushatta Tribe began investing in a variety of enterprises in order to provide revenue for their tribal government and jobs for community members. Chief among these enterprises is the Coushatta Casino Resort, which opened in 1995.

Throughout its history, the resort has continued to expand both in size and services, reflecting sincere commitment to comfort and convenience for its guests. Efforts implemented, including major utilities improvements and educational opportunities, have helped to greatly enhance the lives of resort employees and their families. Currently employing over 1,450 people, Coushatta Casino Resort is the leading economic force of Allen Parish and surrounding communities and has grown into the second largest private employer in the State of Louisiana.

Coushatta Casino Resort is the largest casino resort in Louisiana. It features the largest gaming floor in the region, two hotels, a luxury RV resort, award-winning restaurants, a new conference center, the popular Dream Pool and lazy river, and the Feather Fuel gas station. The 18-hole championship golf course, Koasati Pines at Coushatta, has been named the 18th best golf course in the U.S. and ranked the number one course in Louisiana by Golf Advisor.

As owners and operators of Coushatta Casino Resort, we invite you to experience the many influences of tribal history and heritage that have culminated in a truly family-friendly resort environment.