We use cookies to provide you with a better experience. By using this website, you accept our use of cookies.Agree & Close
Tribal Login

The Coushatta Tribal Council is the democratically-elected governing body consisting of five members: four council members and the chairman. The first tribal council elections were held in 1985 and members serve staggered four-year terms.

Chairman Cernek served on the Tribal Council for eight years as Vice-Chair and Council Member prior to being elected Chairman.

He has also served as an adjunct teacher for the Indian Bible Academy for 11 years.

“We have so many great minds with the motivation to succeed. Our people continue to be our greatest resource.”

Chairman Cernek is passionate about serving the community and helping others. His vision for the Tribe’s future is to inspire fellowship and promote unity.

He believes that the greatest things in life happen with teamwork and that the Coushatta people are the most important resource we have. 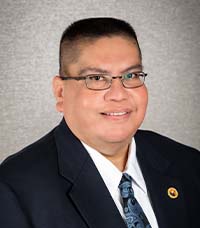 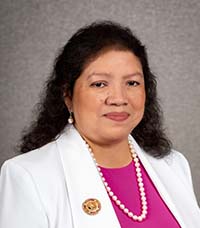 After regaining federal recognition in 1973, the Coushatta Tribe began investing in a variety of enterprises in order to provide revenue for its tribal government and jobs for community members.

Chief among these enterprises is the Coushatta Casino Resort, which opened in 1995 and has grown into the second largest private employer in the state of Louisiana. The Tribe also operates a variety of smaller business enterprises, as well as health, educational, social and cultural programs, that have economic and social impact on the tribal and surrounding communities.

The Coushatta Tribe now owns roughly 5,000 acres of land in Allen Parish and more 1,000 acres in surrounding parishes. The land is used for Coushatta-constructed tribal housing, rice and crawfish farming and development of new business programs, as well as buildings to house the Tribal Government and Tribal Finance Departments, a Tribal Police Department, and Community, Health and Learning centers.